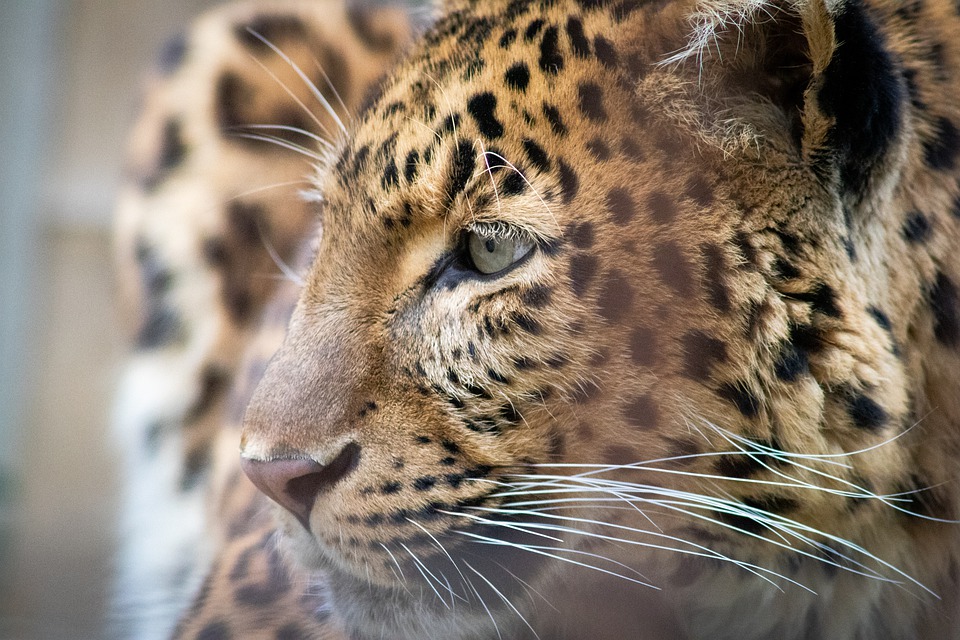 November 14, 2020November 14, 2020 adminadmin
Leopards are found mainly in Africa, India, China, and Sri Lanka. Their beauty is yellow skin and black spots on the body. These dark spots on the leopard’s body look like rose petals. Also, You can find black leopards in Africa and Sri Lanka. They are called Black Panthers. Although smaller than a lion or a tiger, the leopard is still an aggressive and powerful predator. The leopard is a solitary animal and most of the time spend in the trees. Leopards hide and hunt animals, and their jaws are powerful. Its claws tear off any animal. The leading food of the leopard is rabbit, goat, and fish. They hunt mostly at night. Leopards can swim in the water. In some cases, they even hunt crocodiles.
They weigh 50 to 60 kilograms and 5 feet long. It also has a tail. The female leopard is smaller than the male. The leopard is a mammal. The average lifespan of a leopard is 10 to 15 years. The baby’s color turns gray at an early age, and Children are born blind. They can see it after about ten days. The female leopard gives the baby all kinds of training. With deforestation and poaching, the number of leopards is declining sharply.