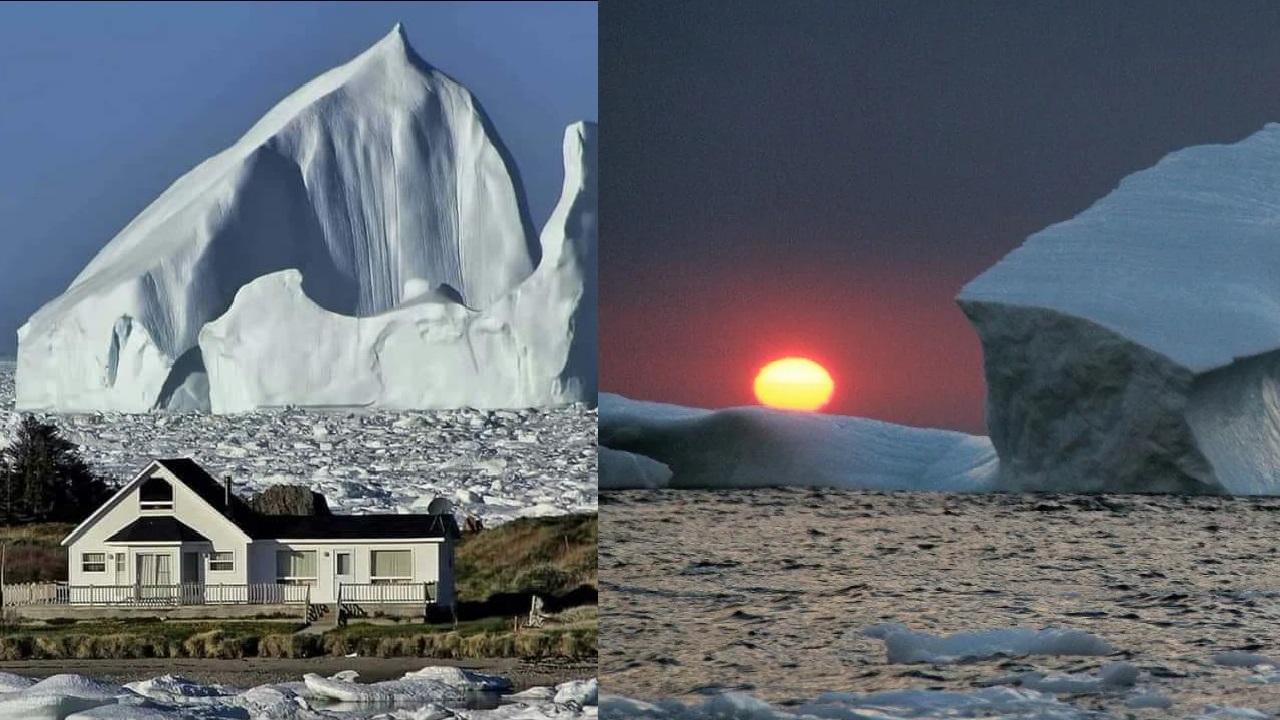 The nature is a wonder. It usually generates billions of things for a day. Even some are familiar with us, but some are magical. This incident is one of the beautiful things which has been generated by nature. It shows you, a giant and spectacular huge iceberg is passing tiny shelters. This picturesque click seems like an edited Picture. But this is not a fake one.  This has happened on the northeast coast of Canada. Actually, these are not shelters, and this is the Harbor in Twillingate, Newfoundland, and Labrador.

The place of Twillingate has been called the “iceberg capital of the world,” and it is one of the great places to see the huge icebergs, which split off from the Arctic and are driven southward by ocean currents along the coast of Newfoundland. This place is known as “iceberg alley.” 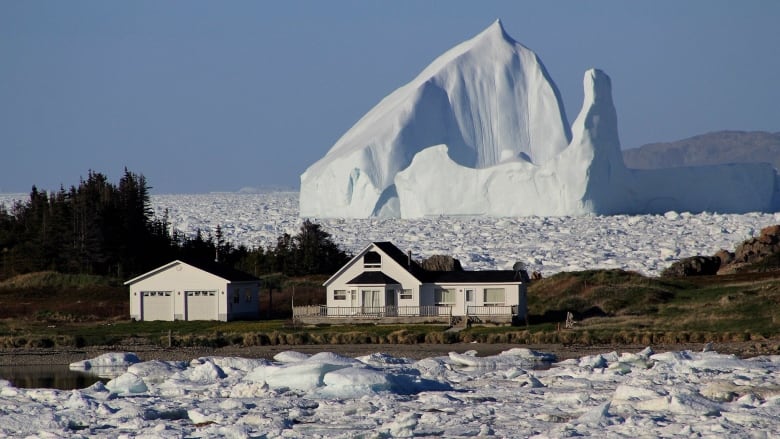 The original, uncropped photo taken by Doreen Dalley on June 15 with a Canon 60D and 300mm zoom lens. (Doreen Dalley)

This fantastic click has captured by Doreen Dalley, who has been taking photos of the scenery in iceberg alley for the past 30 years.

When this majestic Iceberg showed up in this tiny Harbour, Doreen’s cousin called and told her to bring the camera and capture this incredible scenery. She posted this fantastic click to the Newfoundland Iceberg Reports page on Facebook.

She has shared her story with CBC Radio’s Corner Brook Morning Show.

“I think it all started when I decided that I was going to use an iceberg picture for my Christmas cards,” she elaborated how she moved to photograph iceberg sceneries.

She explained how she took this amazing shot as this way, “I can’t tell you how many times I went back there. It’s about a five-minute drive from my house,”

“The iceberg kept changing, and I kept taking picture after picture.”

This Click has grabbed attention on social media, and she said more about it. “I think somebody shared it, and they cropped it. Because my original picture wasn’t cropped,” 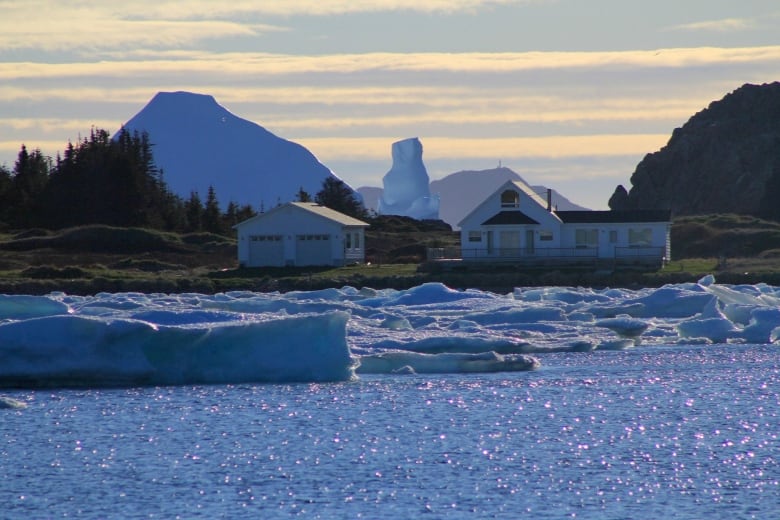 “From that cropped picture, it went, I think, viral. A lot of people saw it and liked it.”

She has taken numerous photos of the Iceberg from different angles at different times of day.

She has explained her attempts as this way. “I just put my camera on landscape, and I shoot and that’s it,”

She has got many responses to this picture. She said that a television station in New Zealand even contacted her. 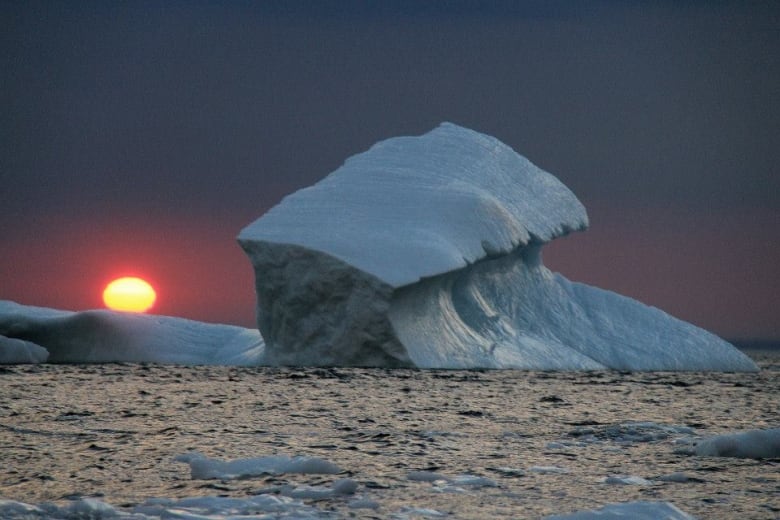 Dalley has taken thousands of photos of icebergs in the Twillingate area over the years. (Doreen Dalley)

“I know that within my own self that it’s not Photoshop, and that’s it. I have lots of pictures on my camera that can verify that,” said her.

“When it’s zoomed in it looks so huge. But it was a big iceberg, a really big iceberg, and there were a lot of people who took pictures of the same Iceberg, and could tell you it was there.”

She has expressed her story in this way. This click is impressive. Especially iceberg sceneries are not happened in usually. We should thank the talented photographer, Doreen Dalley for this beautiful click. 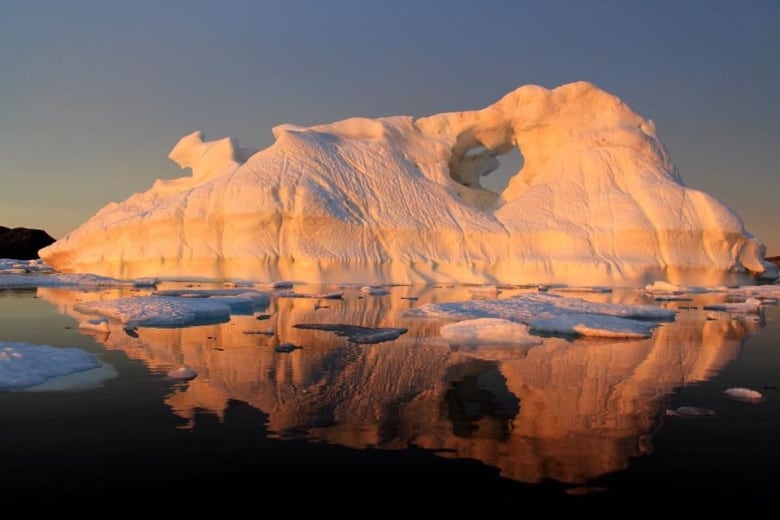 This photo of a berg with a heart-shaped hole was taken at sunset on a boat tour. (Doreen Dalley)

She posted her shot to the Newfoundland Iceberg Reports page on Facebook.